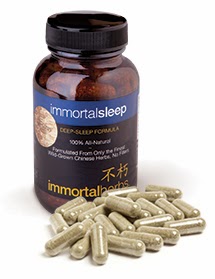 15% off Select Gifts at Zinc Door!

The holidays are quickly approaching! Don't miss your chance to shop 15% off select gifts at Zinc Door, through 12/15, with promo code GIFTING. You can find the perfect gifts for everyone on your list. Find gifts under $50, under $200 and gifts for those people who were good all year long. Be sure to check out Zinc Door today! Posted by Unknown at 8:34 PM No comments:

"Seven decades after German troops march into her village, Céleste Roussel is still unable to assuage her guilt.

1943. German soldiers occupy provincial Lucie-sur-Vionne, and as the villagers pursue treacherous schemes to deceive and swindle the enemy, Céleste embarks on her own perilous mission as her passion for a Reich officer flourishes.
When her loved ones are deported to concentration camps, Céleste is drawn into the vortex of this monumental conflict, and the adventure and danger of French Resistance collaboration.
As she confronts the harrowing truths of the Second World War’s darkest years, Céleste is forced to choose: pursue her love for the German officer, or answer General de Gaulle’s call to fight for France.
Her fate suspended on the fraying thread of her will, Celeste gains strength from the angel talisman bequeathed to her through her lineage of healer kinswomen. But the decision she makes will shadow the remainder of her days.

A woman’s unforgettable journey to help liberate Occupied France, Wolfsangel is a stirring portrayal of the courage and resilience of the human mind, body and spirit."

I really enjoyed reading this story.  It is the second in the series.  After reading both they can be stand alone stories, but I got more out of this second one from having read the first.

This is the story of Celeste a young woman during WWII in occupied France.  Her home is the village her ancestors have lived in for generations, hundreds of years.  She's bored and everyone is scared of the German army.  Her father was sent to "work" for the Germans in one of their camps, her sister has become a nun, and her brother is helping in the Resistance.  Celeste is 19 and ready to help out the cause.

We are taken on her whirlwind adventure of becoming a part of the Resistance, her training, and her missions.  We see how life in rural France is changed, scarred, and will never again be the same because of the German army.  The people, like the character of Celeste, are angry because their homeland is slowly being taken from them.  The France they all grew up in is no longer there so they do what they can to take it back.

Liza Perrat does a remarkable job of bringing the tragedy to life through her character's life.  It was heart-wrenching going through the hardships with Celeste.  Losing so much in just two years.  I cannot imagine living through what the people of Europe lived through during those years of WWII.  Just incredibly sad.  It's also inspiring to know there were those who rose to the occasion and did something about the oppressive conditions.

Reading this novel gave me a better appreciation for the lives of the people impacted by Nazi Germany.  I still cannot fathom how some can believe themselves to be better than another just because of race or religion or anything else.  To so fully believe propaganda fed by the people in charge and not thinking for themselves.  It's hard to remember there were many in Nazi Germany who didn't believe in the propaganda, but were forced to toe the line anyway.

I hope you enjoy this book as much as I did.  I would definitely recommend it to anyone and everyone.  If you enjoy historical fiction, this is a great read.  Read it, really take the time to imagine what you would have done if it were you fighting for your life.

I received one or more of the products mentioned above for free using Tomoson.com. Regardless, I only recommend products or services I use personally and believe will be good for my readers.

**Disclaimer: This post may contain affiliate links and/or links to outside sites. By clicking on an affiliate link it is at no cost to you and helps run/maintain this blog. Posts for reviews are my own opinions and no additional compensation is given unless otherwise stated. Giveaways on this blog are under the discretion of the host of the giveaway.
Posted by Unknown at 12:00 AM 1 comment: