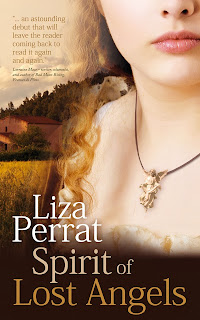 First I received this book for free in exchange for my honest opinion.  I would give it five out of five stars.  Be aware though there are some adult scenes in this story though they are quite tame compared to much of what we see these days.

This story tells the tale of the French Revolution through the eyes of a peasant in 18th century France.  Victoire grows up in a village away from the hustle and bustle of Paris.  She is protected by that from the unrest growing in the capital.  Victoire's life is one that could have happened to anyone in that time period.

As Victoire grows up and then on through her adult life she endures some very difficult hardships.  Though in the time period in which she grows up these circumstances are not uncommon.  On the contrary some of the heartbreaks were quite common.  After losing her mother she has to go to Paris to work for a noble family.  As with many of the aristocracy of the age they believed they were untouchable.  Poor Victoire ends up having to give her baby up to the church.  She does get a reprieve and ends up getting to go back home to her village.  There she finds happiness and love for many years.

As it happens the happiness does not last and tragedy comes again to Victoire's life.  Her husband ends up badly hurt and after some time he succumbs to infection.  Her world falls around her then.  But that's not the worst of it.  Being a mom myself I had a hard time reading through her losing her twins.  That's what brings about a severe bout of depression and not knowing how to help, her family sends her to an asylum.  I didn't realize what hellish places those were before reading this novel.  What Victoire endures while she's there makes me shudder.  But thankfully she makes a friend there and they end up being able to get out.  Thus the next part of her life begins.

Cue the French Revolution.  The author has Victoire in the heart of things.  I love the use of history in the story.  Victoire is at the storming of the Bastille, she meets Thomas Jefferson, & she's involved with the theater community as they poke at the aristocracy through their plays.  As a result of her involvement she does make some enemies and they do try to take care of her.  Luckily she escapes.  We also see what the common folk think of the ruling classes.  We get the feel of the tensions that lead to the eventual downfall of the monarchy and the aristocracy.  We are spared having to witness all the beheadings at the guillotine.  And then the eventual downfall of Robespierre.  After that Victoire decides she's done her part, seen enough and she heads back home again.

The first person she sees at home is a lady she had helped before.  This lady tells her how it's been in the village and then what she saw the day Victoire lost her twins.  The village had blamed her for the twins' deaths.  Her family didn't know what to think and that was how she ended up in the asylum.  Her heart breaks open again at hearing for sure and certain she was blameless.  She almost takes her own life at this but is pulled out by the one who sent her away.  She does get her life back together, helps rebuild the village, and gets to live out the rest of her life in her home with her daughters.  She is reunited with her first child whom she had to give away.  Life makes sense again and the rest is history.

I really enjoyed reading this novel.  The author does so well taking the reader through the twists and turns of Victoire's life.  I really felt like I was living it with her.  I highly recommend this book, especially if you enjoy historical fiction.  This story is a great insight into what life must have been like in France for the common person.  Very involving story!!


**Disclaimer: This post may contain affiliate links and/or links to outside sites. By clicking on an affiliate link it is at no cost to you and helps run/maintain this blog. Posts for reviews are my own opinions and no additional compensation is given unless otherwise stated. Giveaways on this blog are under the discretion of the host of the giveaway.
Posted by ~ LeAnne at 9:20 AM